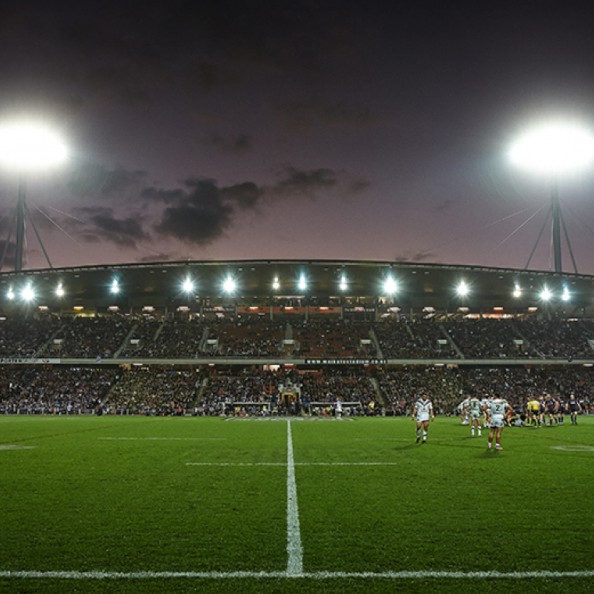 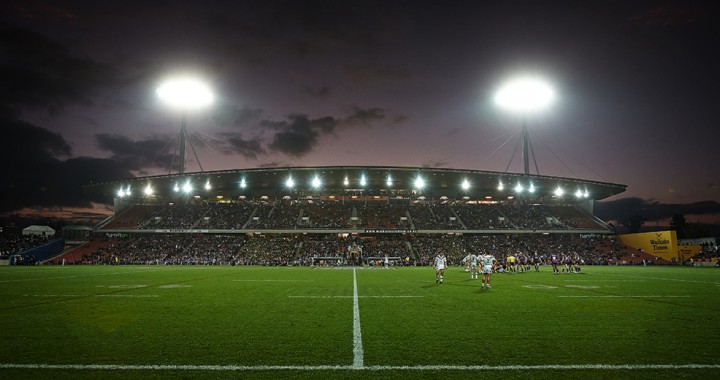 Completed in 2002, FMG Stadium Waikato continues to build on the proud history of the grounds it stands on by hosting a range of top-quality sports fixtures each year – predominately rugby, along with the likes of rugby league, rugby sevens and football.

The stadium’s Brian Perry Stand has five levels which are home to a range of spaces including corporate lounges, a boardroom, management offices, player changing facilities, retail concessions and media facilities.

The venue’s crowd capacity consists of around 10,000 in the Brian Perry Stand, 9000 in the Wel Networks Stand, 5000 (standing) in the Greenzone and 840 at the Goal Line Terrace.  The venue also has the ability to increase the capacity by a further 5000 with the addition of temporary seating on the goal line at Tristram St.

FMG Stadium Waikato’s iconic lighting towers are 50m tall, with each head containing a total of 250 bulbs which pour 1500 lux onto the turf – providing a brilliantly lit stage for evening games.

Maori culture and practices play an important role at FMG Stadium Waikato. In 2003 the carved Whatanoa Gateway at the entrance to the stadium was unveiled which commemorate the ancient traditions and landmarks of the Waikato Tainui, while the carvings Nga Tapuwae Ki Te Ao Marama (Sacred Footsteps into the World of Light) are located in our players tunnel.

FMG Stadium Waikato is owned and managed by H3, a business unit within Hamilton City Council.

FMG Stadium Waikato is part of H3 alongside Seddon Park and Claudelands – so working for our organisation offers plenty of diversity and excitement.