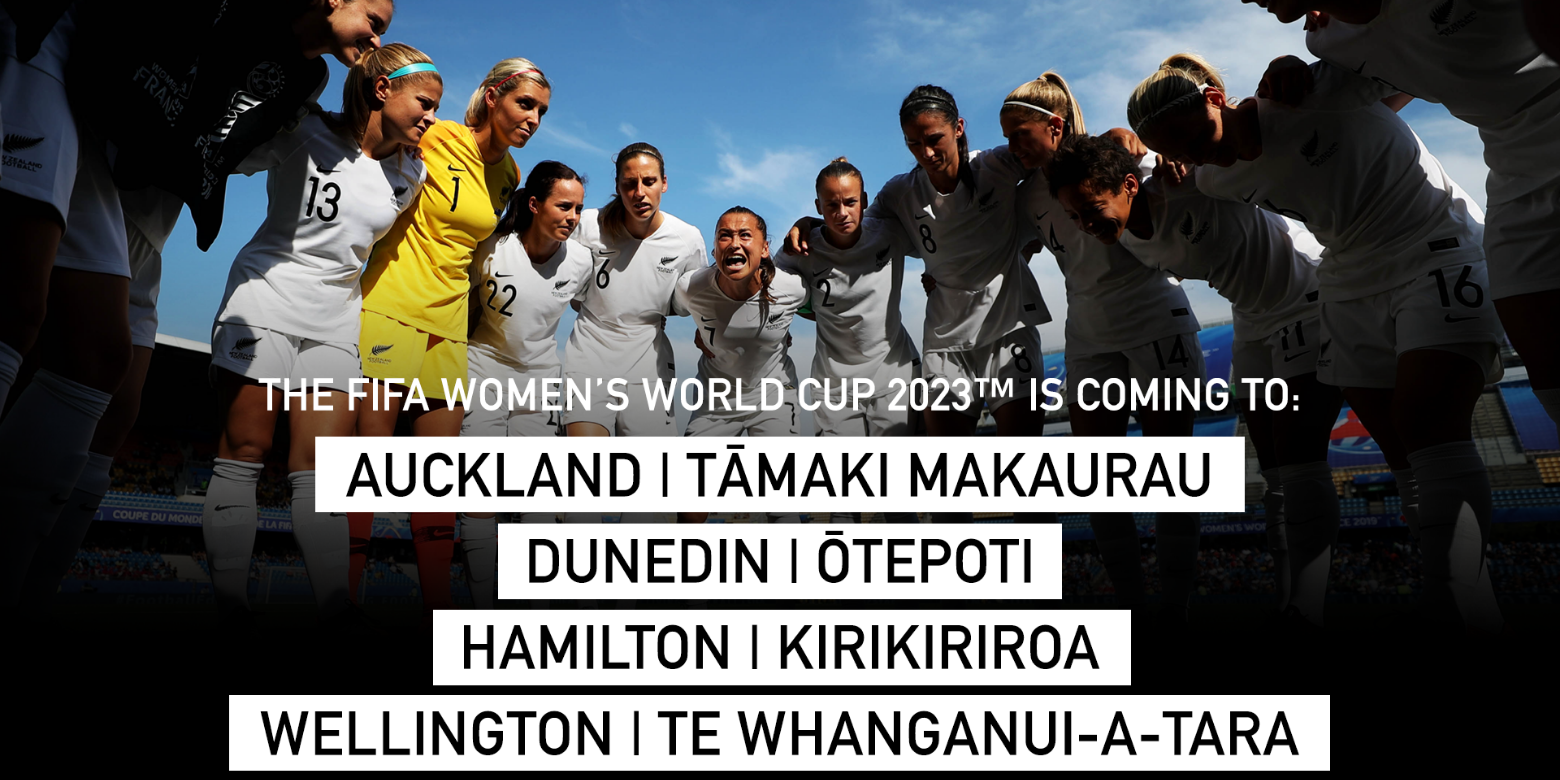 Happening in July and August 2023, draw to be announced.

The news released this morning from FIFA and Football New Zealand revealed that Hamilton will host games in the ninth edition of the quadrennial world championship for women’s national football, which is scheduled to take place in July and August 2023.

The tournament is being jointly hosted by New Zealand and Australia – the first time a FIFA tournament has been co-hosted across two football confederations – and will also for the first-time ever see the FIFA Women's World Cup expanded from 24 to 32 teams.

“Being a host city for one of the largest women’s sports events in the world and the biggest New Zealand will ever host is hugely exciting for Hamilton. Our city has a growing reputation for hosting major sporting events really well and this morning’s announcement is absolutely brilliant,” Hamilton Mayor Paula Southgate said.

“Many years of work went into the bid and although it’s not until 2023 there is a lot of work to do to prepare for an event of this scale and nature. I can’t wait. It will be wonderful to experience the hype and excitement events of this kind create after what has been a really tough time for the events industry. It gives the city something really special to look forward to,” says Southgate.

CEO of Waikato Bay of Plenty Football, Karyn Walters, is looking forward to the effect this event will have on the football community. “Having an event like this on our doorstep provides the growing number of women and girls across all areas of our game, players, coaches, referees and administrators with a connection to the future. It will cement aspirations in many and provide a tangible legacy for our region,” said Walters.

To find out more visit https://www.fifa.com/womensworldcup