Clash Of The Warriors’ Confirmed For Home Of The Chiefs 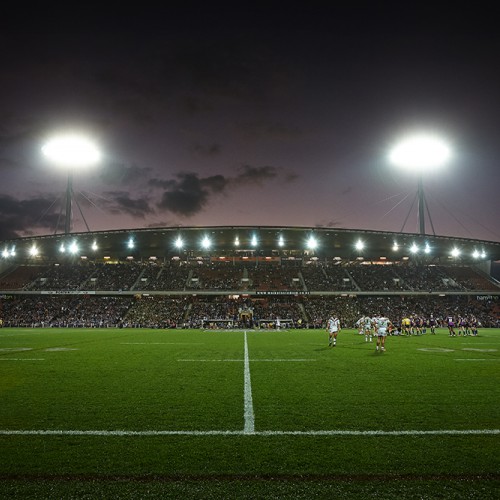 History will be created with a ‘Clash of the Warriors’ when the NRL’s Vodafone Warriors take on Super League’s Wigan Warriors at the home of the Chiefs in Hamilton on February 12 next year (7.30pm kick-off).

The Waikato Stadium match could also coincidentally see new Vodafone Warriors recruit Sam Tomkins making his first appearance for the club against his old side.

Super League winner Wigan sought the contest as a warm-up to its World Club Challenge encounter with the NRL premiership-winning Sydney Roosters set down for Allianz Stadium in Sydney 10 days later on Saturday, February 22.

The Vodafone Warriors will now have three trials ahead of the 2014 NRL season as well as the trailblazing Dick Smith NRL Auckland Nines at Eden Park on February 15 and 16.

“We hugely appreciate the Vodafone Warriors being able to help us as we prepare for the World Club Challenge against the Roosters,” said Lenagan.

“It’s been 20 years since the challenge was played in Australia and we are doing all we can to be ready be for the contest.

“Quite apart from the importance of the warm up game, being able to bring the two Warriors clubs together like this for the first time is great not just for us but for the fans and the game itself.”

With the match added to a programme of trials against Gold Coast and Brisbane plus the NRL Auckland Nines, Scurrah said Vodafone Warriors members and fans were in for a feast of early-season football.

“This is a fantastic joint-venture opportunity for our two clubs and another sign of how we would like to continue to work together,” said Scurrah.

“It means we’ll have a hugely exciting programme of preseason football taking us from Albany to Hamilton, Auckland and then Dunedin all in the space of 15 days.”

Whether Tomkins will be able to line up against his old Warriors is yet to be decided with Vodafone Warriors head coach Matthew Elliott and his staff now looking to cover selection requirements for three NRL trials and the Nines.

“We’ll wait and see on who will play which trials and who we’ll settle on for the Nines,” said Elliott.

“We won’t have a full squad back in training until January 13 so there’s a long way to go yet before we make our decisions.”

Tomkins is one of only three England or Great Britain players to be contracted by the Warriors after Denis Betts and Andy Platt were part of the club’s foundation side in 1995.

Playing links between the two clubs are strong with Wigan legend Dean Bell being the club’s first captain and former All Black Frano Botica signed by the then-Auckland Warriors for the debut season as well. Other former Vodafone Warriors who played for Wigan at some stage of their careers include Phil Blake, Doc Murray, Brady Malam, Jerry Seuseu, Quentin Pongia, Iafeta Paleaaesina and, most recently, Thomas Leuluai. Vodafone Warriors coaches John Monie and Frank Endacott also coached Wigan.