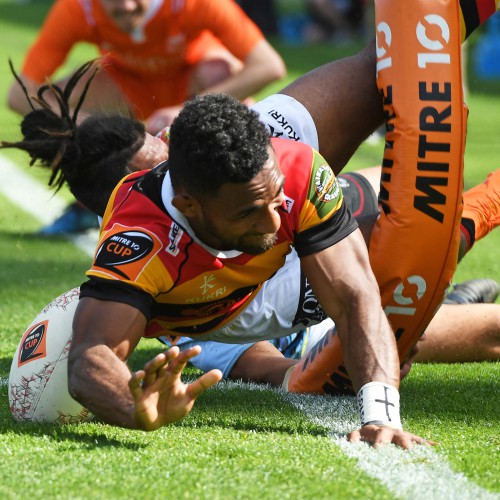 The competitions see four trophies, one Ranfurly Shield, 26 Unions and more than 130 matches across 12 captivating weeks.

It will all kick off in the deep south with the Southland Stags taking on the their most distant rivals, the Northland Taniwha in the Mitre 10 Cup opener on Thursday 8 August.

Kicking off a week earlier than in previous years, the Mitre 10 Cup will run 10 weeks of round robin with matches played between Thursday and Sunday, following the removal of Wednesday night fixtures from the draw.

The 12 Heartland Unions kick into action two weeks later on Saturday 24 August with teams vying for the prestigious Meads and Lochore Cups.

New Zealand Rugby Chief Rugby Officer Nigel Cass said the long-standing rivalries that exist in domestic competitions create a special excitement in the rugby community and the announcement of these draws begin the countdown to August.

“In 2018 we had it all, the Ranfurly Shield moved around the country, Thames Valley had a phenomenal run to their first ever Meads Cup title and the Auckland’s dramatic Mitre 10 Cup Final extra time win to unseat Canterbury from their championship rein - will go down as one of the great provincial battles.

“Every year, across both competitions, we see hardened veterans play alongside and against emerging stars and that is just a small part of what makes these competitions a much-loved piece of the rugby calendar,” said Cass.

The Ranfurly Shield finished 2018 in Otago and they are set to defend it against Southland, Manawatu, Taranaki, Waikato and Canterbury this year.

Mitre 10 Cup kicks off on Thursday 8 August with Southland hosting Northland in Round 1. Enticing first up matches also see defending champions Auckland take on neighbours North Harbour, a battle of the Cook Strait with Tasman hosting Wellington and a cross country battle between Manawatu and Hawke’s Bay.

After 10 weeks of round robin, the top four teams in the premiership and championship will progress to the semifinals on 18 and 19 of October, with the Finals the following weekend.

The Mitre 10 Heartland Championship sees an eight-week modified round robin before the top four play Meads Cup semifinals and the next four go to battle for the Lochore Cup.

Semifinals for both Cups will be played on 19 October, with the Finals to be played the following weekend.

Defending Meads Cup champions Thames Valley host Poverty Bay in Round One while Lochore Cup winners Horowhenua Kapiti travel to the South Island for a big match against Mid Canterbury to kick off their campaign.

*The Farah Palmer Cup draw is currently being completed and will be released in the near future.