Five Nations of Football for Hamilton and Waikato 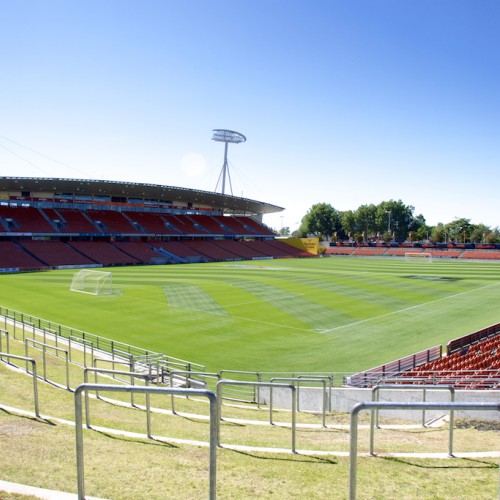 Five international U-20 football teams, including New Zealand, will ply their trade in Hamilton and Waikato this month as part of the lead-up to the FIFA U-20 World Cup 2015 New Zealand.

New Zealand Football announced the Five Nations Series this week, with four matches to be played at Waikato Stadium on May 10 and May 13. The fifth match will be played at St Peter’s School, Cambridge, between Ghana and a New Zealand Invitation XI.

The teams to compete in the friendly fixtures are Ghana, Panama, Australia, New Zealand, and Qatar who will have an extended stay in the city due to the scheduling of their FIFA U-20 matches in the city a couple of weeks later.

The match days for the Five Nations Series will be double headers, with kick-offs at 1pm and 4pm.

Sean Murray, Hamilton City Council’s General Manager of Economic Events and Development, welcomed the announcement and confirmation of the matches as a further indication of Hamilton’s “can do” attitude to hosting world-class sport.

“This is a very good reflection on our facilities, our team and our city. Waikato Stadium is one of New Zealand’s best venues, and having these matches in our region also has the knock-on effect of delivering economic benefits, with the teams staying in the city in some of our best hotels,” Mr Murray says.

“From a football fan’s point of view, this is a nice little appetiser ahead of the main course – the FIFA U-20 World Cup 2015 – and a chance for them to see New Zealand’s next generation of top-class football talent in action.”