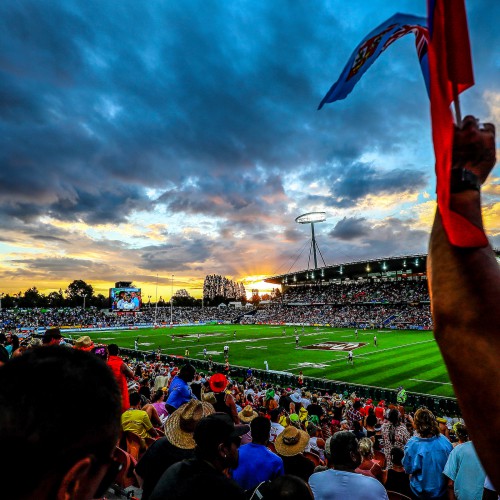 The stadium was recognised for its exceptional delivery of two Rugby League World Cup 2017 matches in November 2017 as well as the city’s inaugural HSBC NZ Sevens in February 2018.

Other finalists in the Best Venue category were Forsyth Barr Stadium for the Ed Sheeran concerts and Westpac Stadium for the FIFA World Cup Russia 2018 Qualifier International Playoff between NZ v Peru.

Sean Murray, Hamilton City Council’s General Manager of Venues, Tourism and Major Events, says the Best Venue award is a great reflection of the calibre of both FMG Stadium Waikato and its team.

“The team at FMG Stadium Waikato were passionate about hosting both Rugby League Would Cup 2017 and HSBC NZ Sevens 2018, and put a lot of work in to ensuring these events were delivered to the best possible standard. It is fantastic to have these efforts recognised, and the award reinforces how fortunate we are in Hamilton to have some of the best venues and events in the country.”