Gallagher Chiefs 2020 draw confirmed along with earlier kick off times 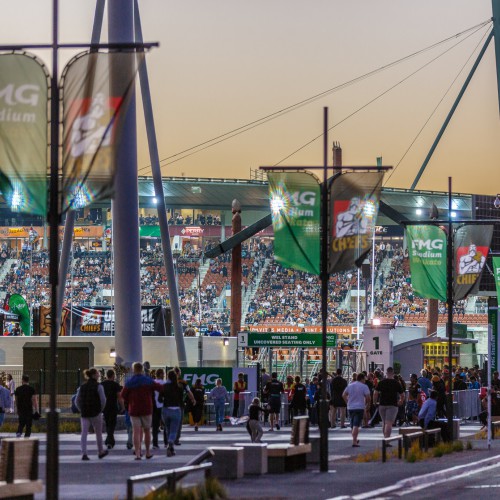 Fan-friendly early kick-off times in New Zealand are the feature of the 2020 Investec Super Rugby draw announced by Sanzaar today.

New Zealand Rugby (NZR) will literally wind back the clock in 2020 to celebrate its 25th year with a total of 24 Friday and Saturday matches shifted forward to 7.05pm from the traditional 7.35pm time slot and a further eight matches at 4.45pm.

The 2020 season will kick off at Eden Park on Friday, 31 January where the Blues will play the Gallagher Chiefs at 7.05pm. The Crusaders, Highlanders, Gallagher Chiefs and Hurricanes will follow suit with home games in the new time slot during the first three weeks of the season.

“We’re very excited to have the draw confirmed to know what 2020 looks like for us. Being a post-world cup year, we’re sure our loyal fans will look forward to welcoming back our All Blacks into their Gallagher Chiefs jerseys and our new homegrown head coach Warren Gatland coming onboard. With the introduction of earlier kick off times and a revamped membership offering, we can’t wait to get started.”

“Earlier kick off times are a huge win for our fans. Families will be able to get their kids home to bed at reasonable times, especially for our 4.45pm kick offs which will have them leaving the stadium before 6.30pm. It also means our loyal fans with longer drive times can make it home from matches earlier and our members will have more time after the game to catch up.”

NZR Chief Rugby Officer Nigel Cass said the change to earlier kick off times had been driven by fan feedback with NZR reaching out to more than 100,000 fans and people involved with rugby.

“We’ve listened to our fans and they’ve told us quite clearly they’d prefer matches to start and finish earlier. All five of our Investec Super Rugby clubs have their fans and members at the forefront of their thinking and both our Sanzaar partners and Sky agreed to the changes.”

“There have been some amazing moments and memories since Investec Super Rugby kicked off in 1996 and it’s going to be a lot of fun celebrating them during the 2020 season.

“Twenty-five years is a significant milestone and speaks to the longevity and popularity of a competition that is once again producing a new generation of young stars.”

The Investec Super Rugby finals series is scheduled to start on 6 June with the final on 20 June.

Gallagher Chiefs 2020 Memberships are on sale from this Thursday (September 12) and the club have taken the family friendly focus even further with free Kids Memberships in Fan, Family Uncovered and Green zones when Adult Memberships are purchased. Prices for Adult Memberships start at $108 (purchased before November 28) which includes access to 7 home matches at FMG Stadium Waikato and a stacked list of membership benefits.