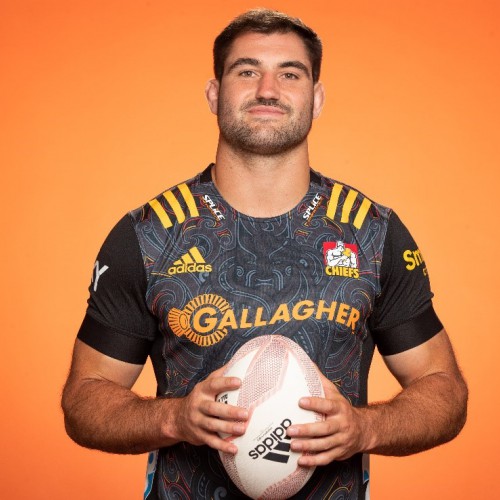 The originally scheduled home game fixture at FMG Stadium Waikato will now take place at Leichhardt Oval in Sydney at 3.00pm (AUST)/5.00pm (NZT). The call has gone out to fans in Sydney to throw their support behind the Gallagher Chiefs by attending the match, with general admission tickets available to purchase via Ticketek Australia.

Three changes have been made to the Gallagher Chiefs forward pack; loosehead prop Reuben O’Neill and hooker Samisoni Taukei’aho will join Angus Ta’avao in the starting front row. They will be ably covered by a consistent reserve front row of Bradley Slater, Ollie Norris and Sione Mafileo. A youthful locking combination of Josh Lord and Tupou Vaa’i will start, with Mitchell Brown covering on the bench. Gallaher Chiefs number eight Luke Jacobson will wear the captain’s arm band and lead the side this Sunday.

In the backline Xavier Roe will make his first start in the number nine jersey shifting Brad Weber to cover on the bench. Roe will combine with Bryn Gatland in the halves. Quinn Tupaea gets the nod to start and will combine with Anton Lienert-Brown in the midfield, while Nankivell will shift to the bench named in jersey 22. An exciting back three has been named featuring Bailyn Sullivan on the left wing, Shaun Stevenson on the right and Kaleb Trask at fullback. Chase Tiatia will look to make an impact off the bench in jersey number 23.

McMillan said: “We were deeply disappointed we were unable to return home to face the Melbourne Rebels this weekend. Our preference was to play at home in front of our whanau, members, fans, and stakeholders. But we hope we get a good contingent of local Sydney Chiefs fans to come along and support us at Leichhardt Oval on Sunday.”

“We have learnt in this new normal you need to be adaptable and despite the changes, the team has continued to prepare well. We are expecting a big game from the Melbourne Rebels, as a team we want to show those back home a performance they can be proud of and give them something to celebrate.”

Laybuy Partners with the Gallagher Chiefs in New Sponsorship Deal

Kiwi Buy Now Pay Later (BNPL) provider Laybuy and the Chiefs Rugby Club today announced the signing of a multi-year sponsorship deal with the Gallagher Chiefs, alongside three other NZ Super Rugby teams, that will make it easier for families and fans across the country to support their team.

Josh Ioane to join the Gallagher Chiefs for the 2022 season

Māori All Black and former Highlanders first five-eighth Josh Ioane is set to join the Gallagher Chiefs next season, having signed with the club for their 2022 Super Rugby Pacific campaign.