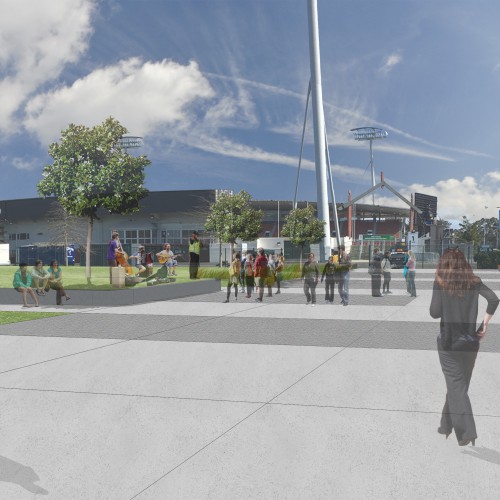 Gate 1 is on the Tristram St side of the stadium, and one of its busiest access points.

“We have a very positive relationship with our partner FMG, and the funding of the upgrade has been made possible through their support of the stadium,” Mr Murray says.

“The upgrade has also been backed by Splice Construction, which has also made a contribution to the project and is undertaking the work required.”

The majority of the costs of the upgrade have been borne by the stadium’s partner organisations, with a small contribution from existing H3 budgets.

Mr Murray says improving the Gate 1 environment has been identified by H3 as an opportunity to improve the entry experience for customers attending matches at the venue.

The work to improve Gate 1 will be completed before the inaugural Hamilton Sevens in February 2018.