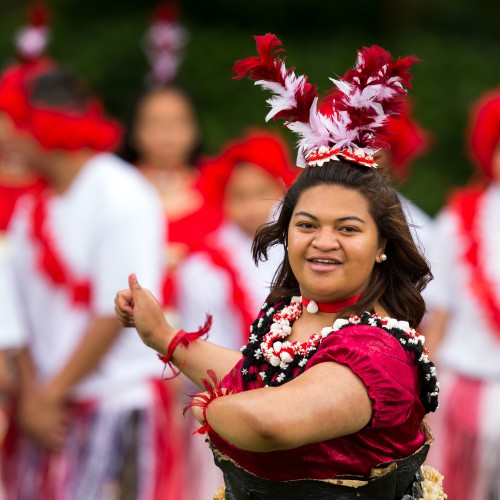 Waikato Stadium hosts two matches as part of Rugby League World Cup 2017, the first of them this Saturday (4 November) when Tonga play Samoa in a clash of two Pacific Island neighbours. The second match (11 November) sees co-hosts New Zealand take on Tonga in what looms as a blockbuster.

The city’s involvement in the tournament will commence on Wednesday, 1 November, with the official city welcome for Tonga at Hamilton Gardens. The event starts at 2pm and will be held on the Round Lawn, outside the Hamilton Gardens Pavilion.

Contingents of Samoan and Tongan supporters are expected to converge on the city on the first match day, with fan parades to the stadium leaving from Norris Ward Park at 9.30am.

Chad Hooker, Hamilton City Council’s Major Events Director, says the Tonga vs Samoa match weekend will be enhanced with a Pasifika Fan Fest on the Mill St field (adjacent to the stadium) throughout Saturday in the lead-up to the game.

Entry to the Pasifika Fan Fest is free, with Pacific Island food and drinks available for purchase. It will run from 10am to 2pm.

Stadium gates open at 4pm with the New Zealand Kiwi Ferns facing Wahine Toa (New Zealand Maori Women) at 4.45pm before the main game between Samoa and Tonga kicks off at 7.30pm.

Patrons attending the matches and the lead-up activity are urged to carpool and walk to the ground, with traffic management in place around the stadium throughout the day meaning some streets will be closed to vehicles.

“Faith and spirituality are important to many communities, particularly in Polynesia, and we’re pleased to be able to use another of our venues for what should be a special service,” Mr Hooker says.

Fans coming into the city for the weekend via State Highway 1 between Auckland and Hamilton should travel early and exercise patience and courtesy, with a large volume of traffic on the main arterial route expected due to other major events in the region on 4 and 5 November.

For tickets to either of Hamilton’s Rugby League World Cup, Waikato Stadium’s Ticketek box office, at Gate 1, will be open on match day from 12pm, and tickets can also be purchased online from www.rlwc2017.com