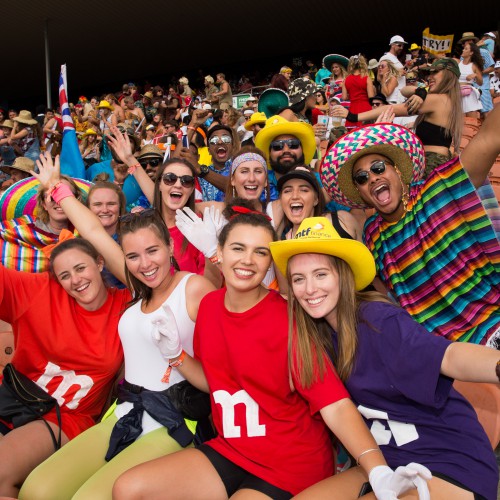 Hamilton’s second performance on the world’s Sevens rugby stage has been a success.

The city’s FMG Stadium Waikato hosted the HSBC New Zealand Sevens over  26 and 27 January, culminating with Fiji claiming the men’s trophy late this evening – the team’s second title in Hamilton.

Attendance on both days surpassed the 2018 event with a sell-out crowd of more than 25,000 packing in for finals day to watch fast-paced sevens rugby from the world’s top teams.

Hamilton Mayor Andrew King says the event was another demonstration of the adaptability of the venue, the commitment of the staff who run it – and the close collaboration between Hamilton City Council, New Zealand Rugby and events company 37 South.

Mayor King says Hamilton continues to build on its reputation as “can do” city that delivers world-class events.

“Having our stadium fully operational for two complete days is a big challenge for our H3 staff and volunteers, and one we’ve risen to.”

More than 50 staff and volunteers from the Council were involved in running the event.

“I’m immensely proud of the city, the venue and the people who have delivered the tournament over the weekend. The energy, passion and behaviour of the crowds has been brilliant – and the Sevens in Hamilton has really lived up to expectations again.”

“We are thrilled our systems coped with our sell-out crowd and that everyone embraced the festival occasion and atmosphere,” Mr Fisher says.

“This is only possible due to our hardworking, dedicated team, and key partnerships with New Zealand Rugby, H3 and Hamilton City Council.

“It’s been an exciting two years in Hamilton and if World Rugby decide to award the tournament to Zealand going forward, we will certainly be primed and ready to go again in 2020.”

“This year’s tournament was even bigger and better than 2018.
“The fans once again played a massive role in making the 2019 HSBC New Zealand Sevens a colourful and memorable weekend and the rugby was world-class.

“It was really special to see our Black Ferns Sevens play on home soil and we look forward to them being part of a fully integrated tournament in the future.”