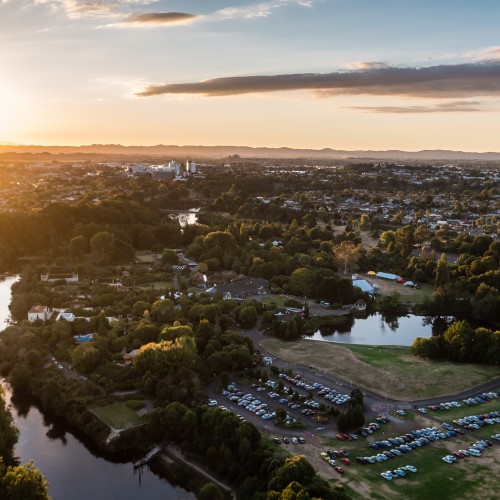 Hamilton will be a host city for the Rugby League World Cup 2017. Organisers today announced the match schedule for the 14-team tournament, which will be played across New Zealand, Australia and Papua New Guinea in November 2017.

The tournament, which falls under the auspices of the Major Event Management Act (MEMA), will see Hamilton's multi-purpose sports venue revert to its original name of Waikato Stadium, and host two matches – Samoa vs Tonga on 4 November, and New Zealand vs Tonga on 11 November.

The two matches will be the first international rugby league Tests to be played in Hamilton – and also means the city has been involved in five sporting world cup tournaments in the past nine years.

Sean Murray, Executive Director of H3, says confirmation of Hamilton's host-city status reinforces the quality of the stadium and the commitment and drive of the staff responsible for managing and maintaining it.

"This is another feather in our cap, and another vote of confidence in  the facility in our city," Mr Murray says. "We are building a strong track record when it comes to the smooth delivery of world-class sporting events."

"I believe we can be confident of a sell-out for that one," Mr Murray says.

"And with both matches featuring Pacific Island nations, we'd expect some tough and uncompromising world-class league."

Kick-off times for the two matches at Waikato Stadium will be confirmed at a later date.

Tickets will go on sale in October, and fans can register at www.rlwc2017.com