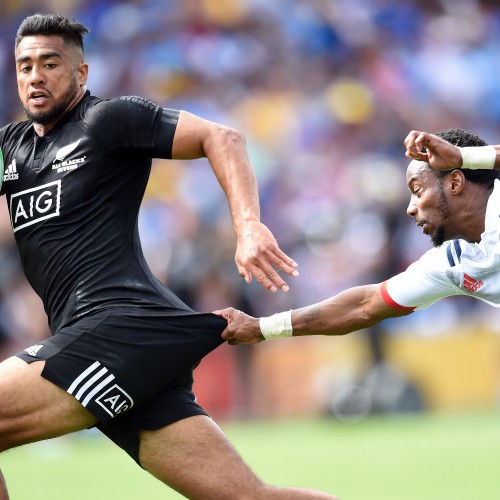 NZ Rugby announced this morning it had gained a four-year extension of the World Rugby license to host an international sevens event – meaning Hamilton’s FMG Stadium Waikato will be the venue for the tournament again in 2020.

Hosting the tournament in Hamilton is the result of a partnership involving Hamilton City Council (as owner of FMG Stadium Waikato), New Zealand Rugby and 37 South Events.

Hamilton has hosted two hugely successful HSBC World Rugby Sevens Series events, in 2018 and 2019, both of which were sell-outs.  The 2019 event featured a four-team Fast Four women’s tournament dominated and won by the Black Ferns Sevens.

And, depending on the outcome of ongoing discussions with the Fiji Rugby Union, Hamilton could alternate as a host city with a Fijian centre over the next four years.

“We’re delighted NZR has secured the event for the next four years,” Mr Hooker says.

“It’s been great to have had the event for the last two years, with a third one coming up.

“We’re happy to share it with Fiji – the team and its fans have helped make the tournament incredibly successful in Hamilton.”

Mr Hooker says learnings from the inaugural hosting of the tournament informed improvements to how the event was managed in 2019, “and we’ll be looking to step it up again in 2020”.

“The addition of a full leg of the women’s series being a great example of that,” he says.

Staff and contractors involved in delivering the tournament in Hamilton are proud to have set such a high standard, which has “helped give World Rugby the confidence to bring the tournament back to New Zealand, and Hamilton,” Mr Hooker says.

“This is a reflection of the dedication and hard work of hundreds of professionals and volunteers who bring the event to life each year, along with the tens of thousands of passionate fans that have supported the event over the past two years.”

37 South Events Managing Director Dallas Fisher says: “We are thrilled the New Zealand home of the HSBC NZ Sevens has now been confirmed as Hamilton.”

“We have completed two great tournaments with tremendous support from the Council, emergency services, volunteer groups and the local community.  It’s very encouraging to see this recognised by both New Zealand Rugby and World Rugby and for the Sevens to become a cornerstone event for the upper North Island.”