HAMILTON THE DESTINATION FOR THE CLASSIC KIWI “RUGBY ROADIE” 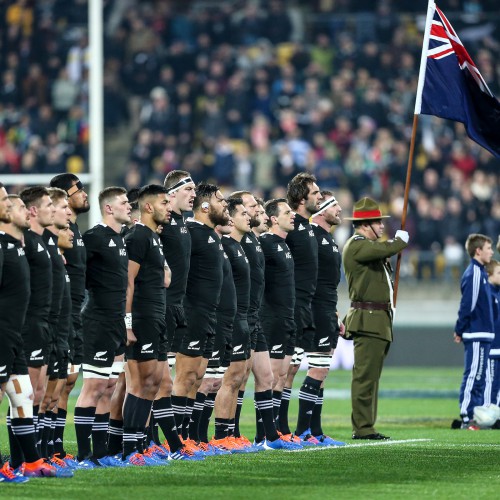 Round up the family, pile into the car and head to Hamilton’s FMG Stadium Waikato on a classic Kiwi “rugby roadie”.

The city’s world-class stadium hosts the All Blacks final home game of the season, on 7 September, when they take on Tonga. It’s a special one-off afternoon Test, and the All Blacks farewell game before they head to Japan in their bid for a third successive Rugby World Cup title.

The match will commence at 2.35pm – the All Blacks first afternoon Test in New Zealand since they played Canada in Wellington during the 2011 Rugby World Cup. With the unique afternoon kick off, Hamilton is the ideal place for a quick rugby roadie being only a 90-minute drive away from main centres such as Auckland, Tauranga and Rotorua.

The Test has been made possible through an arrangement involving the Chiefs, H3 Group (as operator of FMG Stadium Waikato), and New Zealand Rugby, as the All Blacks seek a final hit-out ahead of rugby’s global showpiece event.

Michael Collins, the Chiefs CEO, says the All Blacks vs Tonga Test is the perfect rugby roadie option for families around the upper North Island or even further afield.

“Since Hamilton is so central, we're expecting a wide variety of All Blacks and Tongan fans from main centres around the North Island to jump in the car for a quick drive to see the Rugby World Cup squad play before their campaign in Japan.”

Mr Collins says the afternoon kick-off gives families with smaller children an opportunity to bring the kids to the game.

“The earlier kick-off is perfect for little ones – they get to experience excitement and energy of a full international without being worn out by the end of the game. Paint their faces, clad them in black, and give them a great childhood experience.”

Fans can expect to be out of the stadium by 5pm, giving visitors a chance to stop for a post-match meal, and get home at a family-friendly hour.

Sean Murray, the Council’s General Manager of Major Events, Venues and Tourism, says Hamilton has an array of family-friendly activities for rugby fans to enjoy before the match – or even stay overnight and make a weekend of it.

“Our three visitor attractions really offer something for families – Waikato Museum has a great mix of exhibitions, Hamilton Zoo has a new tiger enrichment opportunity the kids will love, and everyone will enjoy a good leg-stretch walking around the beautiful Hamilton Gardens.”

“We’re really excited to have this match in the city and we’re looking forward to welcoming visitors for the weekend.”

Limited tickets for the match are still available, click here for more information.