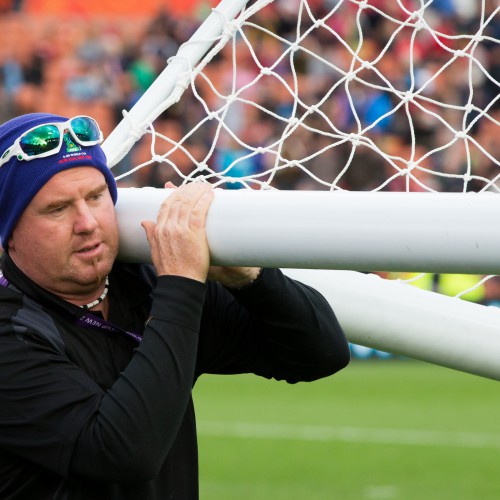 International rugby’s world champions will make their first visit to Samoa for a full Test match on 8 July, with the match to be played at Apia Park in the nation’s capital.

Mr Johnson, responsible for the management and development of playing surfaces at Hamilton’s Seddon Park and Waikato Stadium, flew out today with members of the All Blacks support crew to provide advice to Apia Park management ahead of the match.

It’s Mr Johnson’s third visit to Apia before the fixture, a reflection of his skills and reputation as one of New Zealand’s leading turf specialists.

“Apia Park hasn’t hosted a match involving the All Blacks before, and it’s very important we provide stadium management with advice on how the venue can meet the needs of high-level international rugby,” Mr Johnson says.

All Blacks management are happy with the pitch at Apia Park, but asked Mr Johnson to join them ahead of the match to provide further expert advice.

“This match is very exciting for the All Blacks and for the nation of Samoa, so to be asked to have some involvement is a real thrill,” Mr Johnson says. “It’s also a nice little change from the frosty and foggy Hamilton winter.”

Mr Johnson has previously spent 12 months living and working in Dubai, where his expertise contributed to the development of playing surfaces at several stadiums in the United Arab Emirates.

Sean Murray, the Council’s General Manager of Events and Economic Development, says New Zealand Rugby’s request for Mr Johnson’s expertise is a reflection of his immense knowledge and sought-after skills.

“Karl’s reputation as one of the best in the turf management business is well-known, and the call-up to Apia only adds to that. We’re really pleased to see Karl head off to contribute.”