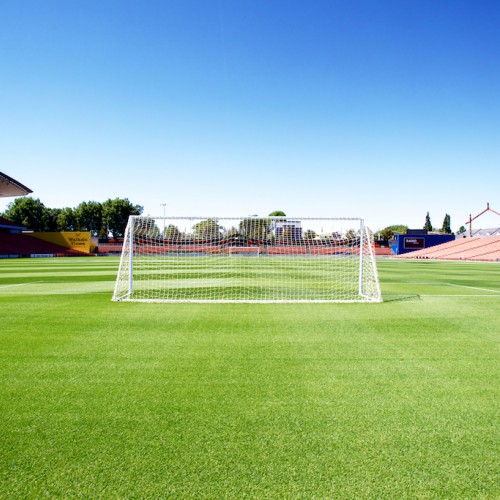 Latin footballing flair will light up Waikato Stadium’s turf this winter, with Portugal, Uruguay and Colombia all set to play in Hamilton during the FIFA U-20 World Cup New Zealand 2015.

Waikato Stadium is the venue for eight matches during the tournament – FIFA’s second largest – which will be held in May and June.

Yesterday’s official draw saw Hamilton allocated matches involving two of the sport’s powerhouses – Uruguay and Portugal – alongside South American side Colombia and Asian qualifiers Qatar. Two African nations will also compete in Hamilton, and they will be confirmed once the continent’s qualification tournament concludes in March.

With three matches in the city, the Qatar side will be based in Hamilton for at least the group stage of the tournament.

Mayor Julie Hardaker, who attended the draw in Auckland, welcomed the news some of football’s strongest nations would play in Hamilton.

“The draw has delivered Hamilton some of the best known footballing teams in the world.  Portugal have won this tournament twice, finished in the top four on two other occasions, and were one of the most impressive teams in qualification,” she says.

"Hamilton will be home base for Qatar for several weeks, runners-up in the 1981 tournament, and recognised as a real potential threat in this tournament.  In 2022 they are hosting FIFA’s showpiece tournament, the World Cup.

“Uruguay and Colombia are certain to bring a brand of South American football synonymous with flair and passion to Hamilton, so it’s going to be a fantastic opportunity for the region’s sports fans to see these teams play.”

The FIFA U-20 World Cup is known for expansive and attacking football, and the tournament will feature the next generation of global football superstars. Players who have progressed through the tournament in the past include Argentine legends Diego Maradona and Lionel Messi, Portugal’s Raoul, France’s Paul Pogba and England’s Michael Owen.

Mayor Hardaker says it’s now up to Hamilton and the wider region to get behind this world event.

“We are sports mad here and this tournament is an incredible opportunity to see  the best football we will ever see in New Zealand.  Now that we know who is coming to Hamilton, we can make sure they get the best possible welcome we can give them and start counting down to game day.”

Hamilton’s involvement in the tournament has been made possible through a partnership between Hamilton City Council and H15, a group of businesses and stakeholder organisations contributing to the cost of hosting the matches.