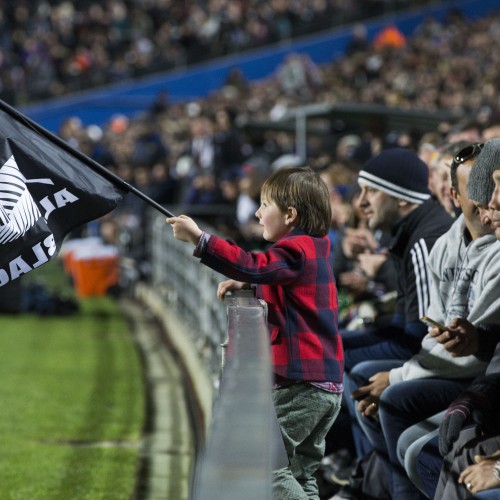 An unprecedented schedule of 20 matches over two years, including a 10 match series against the British & Irish Lions, has been announced by New Zealand Rugby today.

Eight cities throughout New Zealand have been confirmed to host the matches following an open tender process.

New Zealand Rugby and British & Irish Lions 2017 have agreed a programme of 10 matches during their 2017 Series in New Zealand which will include three Tests against the All Blacks, with the Series starting in Whangarei in early June and concluding in mid-July.

“The British & Irish Lions Tour is one of those very special events for any rugby fan and we all remember how the 2005 Series captivated this country.

"The 2017 Series is likely to be one of the most significant sporting events our country has hosted since Rugby World Cup 2011 and perhaps the biggest New Zealand will host for some time, New Zealand Rugby Chief Executive Steve Tew said.

“The Series will feature matches throughout New Zealand and in addition to 10 All Blacks Tests in 2016 and 2017, there’ll be enormous opportunity for the whole country to not only enjoy quality international rugby but to also share in the economic benefits that the matches present.

“More than 20,000 Lions supporters travelled to New Zealand in 2005, generating more than $135m in benefits – we’re confident the 2017 Series will exceed these figures.

“Over the last few years New Zealand has shown we can successfully host some of the biggest events in international sport and provide visitors with a unique and welcoming experience.

“The Series in New Zealand will be a huge occasion, featuring the best players from England, Ireland, Scotland and Wales and providing almost six weeks of incredible rugby with matches against our Investec Super Rugby teams, the Maori All Blacks and a Provincial Union XV side.

“As with 2005 we expect demand for tickets to be exceptionally high and we intend to be in a position to confirm ticketing arrangements later this year. Tickets for the Steinlager Series against Wales will go on sale early next year.”

John Feehan, Chief Executive of the British & Irish Lions said: "There is a rich history between the Lions and New Zealand which dates back to our very first tour in 1888. That first tour helped establish the template for the Lions and it is exciting that 2017 will see the Lions return to New Zealand as part of the next chapter in this great story.   "The NZ Lions 2017 Series will see the best of the best from our four great rugby nations unite as one to play ten matches in New Zealand, a series that will once again be the highlight of the 2017 global sporting calendar.

"It is with great anticipation that we look forward to renewing our rivalries and more importantly our unique and great friendship with New Zealand."

While the exact schedule of dates and order of matches is still to be confirmed, the Series will kick off with a game against a Provincial Union XV side in Whangarei and feature four midweek matches.

Eden Park, Auckland will host two Tests, while Westpac Stadium, Wellington will be the venue for the other.

Matches against New Zealand’s Super Rugby sides – the Blues, Crusaders, Highlanders, Chiefs and Hurricanes - and a fixture against the Maori All Blacks complete the Series schedule.

The Lions match against the Maori All Blacks, which will be played at Rotorua International Stadium, reignites a rivalry which has produced classic encounters over the past two tours with a narrow victory for the visitors in 1993 followed by a historic 19–13 win for the Maori All Blacks in 2005 - their first ever over the Lions.

The tour is the twelfth by a combined British Isles side to New Zealand. The first was in 1888 and the most recent 10 years ago.

The Lions only previous series victory in New Zealand was achieved in 1971 when a side coached by Welshman Carwyn James prevailed 2-1, with the final Test in Auckland drawn.

Full details on securing tickets is expected to be unveiled in November with international tickets and travel packages only available through All Black Tours and Lions Rugby Travel.

All Blacks welcome Wales in 2016

In 2016, the All Blacks will play Wales as part of the Steinlager Series at Eden Park Auckland, Westpac Stadium Wellington and Forsyth Barr Stadium Dunedin. Waikato Stadium Hamilton will host Argentina and South Africa will play at AMI Stadium Christchurch.

Australia will take on the All Blacks in Wellington in the Investec Rugby Championship before returning for the third Bledisloe Cup Test in Auckland later in the October.