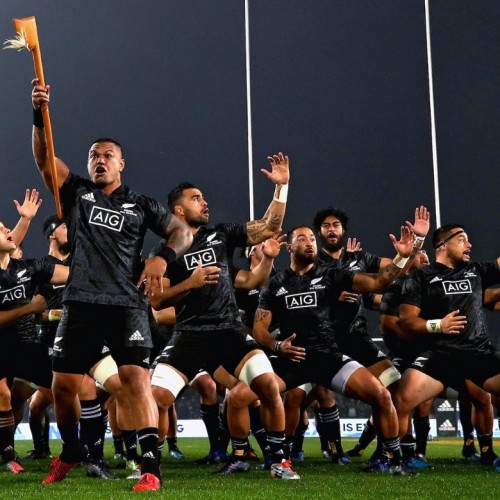 The first weekend of December will be massive for international sport in Hamilton with the announcement today of a Māori All Blacks v Moana Pasifika rugby match at FMG Stadium Waikato.

The game on Saturday December 5 will kick off at 7.05pm and will be the first clash this year for the Māori All Blacks.  It will be their first match in Hamilton since playing Samoa during the 2008 Pacific Nations Cup and the first time a team has played under the Moana Pasifika banner.

Tickets for the game – which promises an array of culture, colour and entertainment – go on sale Tuesday 17 November (presale) and Wednesday 18 November (public sale). Ticket prices start as low as $5 for kids and $15 for adults.

“We’re delighted to have this event come to Hamilton and value the commitment from New Zealand Rugby in bringing this match to our stadium. We also know that rugby fans will be passionate supporters of either side and it will be great to have that sort of excitement and energy in the venue again after what’s been a challenging year,” says Murray.

It will be a big weekend of international sport for Hamilton with the first cricket test between the BLACKCAPS and West Indies also taking place. This test at Seddon Park from Thursday December 3 to Monday December 7 signals the start of the city’s international summer cricket season.

The positive impact major sporting events have on Hamilton has been welcomed by Mayor Paula Southgate.

“These games provide a really wonderful lift for the city. They bring out the crowds and create a real atmosphere. They also get people out spending locally and that’s great for our hospitality sector which has struggled with Covid. Hamilton does big sporting events really, really well so game on!”