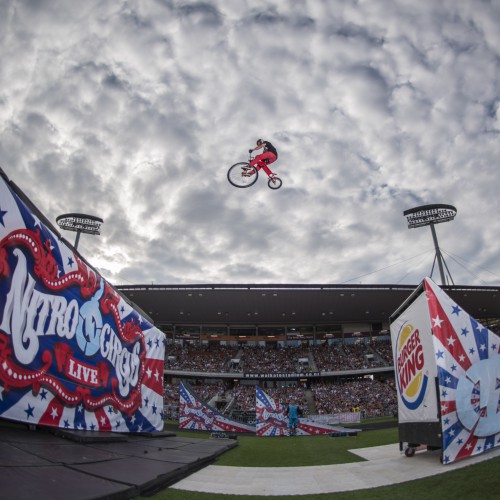 Nitro Circus is returning to New Zealand next year, including one show at FMG Stadium Waikato on Sunday, 10 March 2019.

It will be the first time since 2015 that Nitro Circus has performed in Hamilton.

Its Next Level Tour will feature the best athletes in FMX, BMX and skate, on brand new ramp technology, offering New Zealand what promoters say will be one of the biggest shows in Nitro Circus history.

The sports extravaganza promises to crush existing limits, provide comic relief and full tilt adventure in the name of innovation.

Nitro Circus ringleader Travis Pastrana says, "New Zealand is our favourite country to tour, anywhere in the world. We always have the best time with the locals."