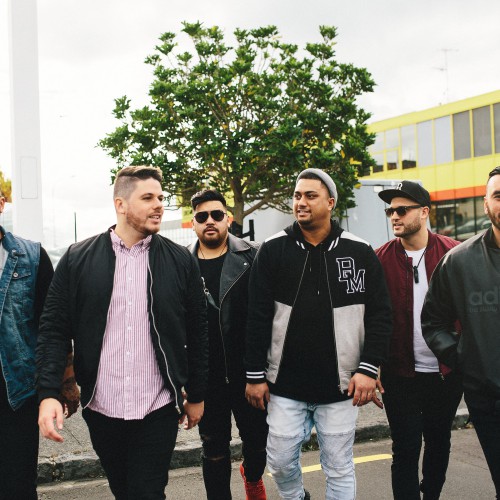 Mitch James and Sons of Zion have been announced as the headline acts for the 2020 HSBC New Zealand Sevens 21st birthday celebrations as Hamilton gets set for a wicked weekend of music and rugby next January.

James, a multiple nominee at the 2019 Vodafone Music Awards, will kick festivities off on Friday, 24 January when he headlines the Sounds of Sevens concert on Mill Street Park, signalling the start of three days of non-stop entertainment around FMG Stadium Waikato.

The announcement comes in the same week as Sons of Zion released their new single Road Trip, a track that follows hot on the heels of their 2019 runaway No.1 hit single Drift Away.

“We’re big rugby fans and we can’t wait to be part of the event,” Sons of Zion singer Rio Panapa said. “The sevens has always been so much more than a rugby tournament and we jumped at the chance to be part of the tournament’s 21st birthday celebration. It’s going to be a huge weekend.”

Sons of Zion will be joined at FMG Stadium Waikato by soulful Wellington singer-songwriter Louis Baker as sevens fans are treated to the perfect interlude to a day of world class rugby on the pitch.

“There really is no other entertainment event like it in New Zealand,” Fisher said. “Where else can you watch seven of New Zealand’s hottest music acts and two days of world class sport in the same weekend? And that’s without mentioning the DJ stages, carnival games, thrill rides, themed bars, and a food festival that will stretch through the weekend!”

Fans can secure their ticket to two days of world class sevens on 25-26 January, including Sons of Zion and Louis Baker live for just $107, while tickets to the Sounds of Sevens concert on 24 January are available at just $55.

HSBC New Zealand Sevens General Manager Steve Dunbar was thrilled to be able to raise the bar after back to back sell outs in 2018 and 2019.

“It’s our 21st birthday and that’s a special milestone that we want to celebrate in style and when you look at the artists who will be on display, along with the athletes, it’s shaping as something very special.

“For the thousands of people who have already purchased tickets to the 2020 tournament, Sons of Zion just got added to their ticket for no extra cost and to everyone else there is now yet another compelling reason to come to Hamilton and join the party next January.”