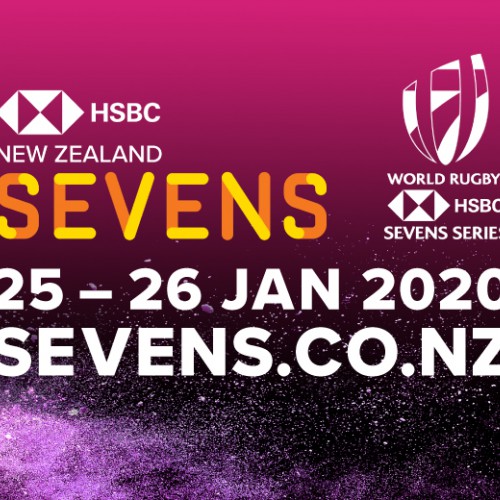 New Zealand Rugby is inviting sevens fans to celebrate a 21st Birthday party like no other with tickets to the 2020 HSBC New Zealand Sevens going on sale today.

The 2020 HSBC New Zealand Sevens at FMG Stadium Waikato is Auckland Anniversary weekend (25-26 January) next year with new features on and off the field including an exciting new tournament format.

HSBC New Zealand Sevens General Manager Steve Dunbar said the event’s third year in Hamilton was shaping as a unique celebration of sevens after back-to-back sell outs in 2018 and 2019.

“Hamilton has come to the party for the past two years with a sold-out stadium, fantastic rugby and great entertainment creating some incredible memories. We can’t wait to do it all again next January and give the region a 21st birthday to remember.

“We'll have 16 men’s teams and 12 women’s teams in Hamilton in 2020 which means more rugby and more excitement on the field, with the addition of a full World Rugby Women’s Sevens Series tournament for the first time on New Zealand soil.

"It'll be an historic occassion and judging from the reaction from fans who watched the Black Ferns in action this year the crowd will lap it up."

Hamilton will be one of six fully integrated men’s and women’s tournaments on the HSBC World Rugby Sevens Series circuit and fans will notice quarterfinals have been removed.

“The new format means there will be more rugby and more on the line than ever before as the teams build toward the 2020 Olympics in Tokyo,” Dunbar said. “With no Cup quarterfinals the teams will have to be at their best from the opening whistle.”

There will be 60 matches during the weekend, up from 53 with the All Blacks Sevens and Black Ferns Sevens playing a minimum of four games each in front of their home crowd.

“There will truly be something for everyone,” Fisher said. “The sevens in Hamilton is much more than a sporting event with a Friday night concert option, and wickedly good VIP options for the Mill Street Festival Zone among the innovations we will be adding to the mix.”

The Mill Street R18 zone has been re-designed based on fan feedback and will feature a new layout, new custom-made bars, enhanced VIP offerings, live entertainment, and plenty of space for fans to chill out.

The popular Willoughby Park carnival zone will again cater for kids and parents with new and improved rides and safe and easy access and viewing for parents.