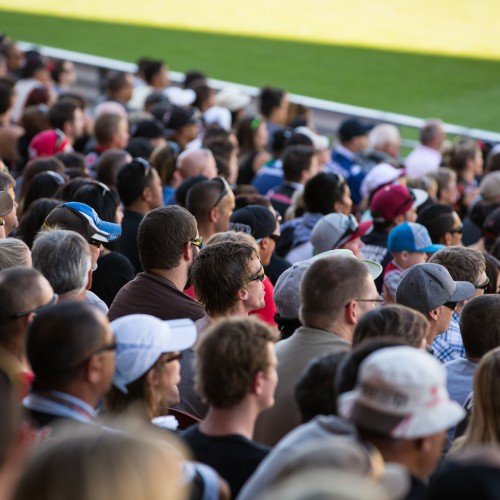 Hamilton’s FMG Stadium Waikato is to host a Vodafone Warriors NRL home game for the first time next season.

While the opposition, date and kick-off time won’t be known until the full NRL draw is released tomorrow, Vodafone Warriors managing director Jim Doyle said agreement had been reached with H3 (Hamilton City Council’s event facilities division) to use Waikato’s main centre for the club’s one scheduled game away from Mount Smart Stadium in 2017.

Hamilton has previously staged three NRL fixtures involving the Vodafone Warriors but they were ‘away’ games brought to the city by the Parramatta Eels (2005 and 2006) and the Canterbury-Bankstown Bulldogs (2014).

“It’s a terrific stadium and it has the advantage of being so close to Auckland for so many of our members and fans.

“The Vodafone Warriors have long-standing links with the Waikato region through so many players including club greats like Lance Hohaia, Sam Rapira and Wairangi Koopu.

“In the last few years we’ve taken home games to Wellington and Taranaki. Now it’s Waikato’s turn and we’d urge people from the region as well as Thames Valley, Bay of Plenty, South Waikato, King Country and Taupo to make the match a huge success.”

“We’re excited to be hosting the Vodafone Warriors for a NRL match at FMG Stadium Waikato,” he said.

“Our region has a very passionate rugby league community and over the years has produced many top players in the sport.

“I’m sure fans will get behind this match and take the opportunity to cheer on the Vodafone Warriors as they compete right here in Hamilton.”

The Hamilton fixture will be the 11th NRL home game the Vodafone Warriors have played away from Mount Smart Stadium since the first in 2011. There have been six at Eden Park, three at Westpac Stadium and one at Yarrow Stadium.

The Vodafone Warriors are familiar with FMG Stadium Waikato having played NRL trials there as well as three NRL ‘away’ games.

The three NRL matches the Vodafone Warriors have previously played in Hamilton were all ‘away’ fixtures.

After the Parramatta Eels faced the Vodafone Warriors in Hamilton in 2005 and 2006 there was an eight-year break before the Canterbury-Bankstown Bulldogs hosted the Auckland-based franchise in the city in 2014.

The Vodafone Warriors, down 14-22 at halftime, couldn’t quite reel in the Eels. Their four try scorers were Meli, Toopi, Todd Byrne and Richard Villasanti.

It was much the same story when the two teams met at Waikato Stadium in their second-round battle on March 18, 2006.

Under first-year coach Ivan Cleary, the Vodafone Warriors had started their season with a 16-22 loss to Melbourne in Auckland the previous week. This time they had Price and Wiki in harness up front but the outcome was similar, the Eels just ahead 10-8 at the break and scoring two more tries in the second spell to hold on for a 22-14 victory; Evarn Tuimavave and Manu Vatuvei were the Vodafone Warriors’ try scorers with the attendance 16,089.

The next time Waikato Stadium saw the NRL up close was for the Bulldogs’ ‘home’ game against the Vodafone Warriors on May 18, 2014.

Coming off consecutive wins over Melbourne and Canberra, the Vodafone Warriors travelled down State Highway 1 to confront the Des Hasler-coached side for the second time in five games, having lost 20-21 at Eden Park on April 13.

The Bulldogs were seeking their seventh straight victory and eventually prevailed 16-12 in a gripping contest but not before the Vodafone Warriors came close to snatching success at the death when a try-bound Shaun Johnson was taken into touch as he was trying to put the ball down. The Vodafone Warriors’ tries were scored by Ben Matulino and Ben Henry in front of a healthy crowd of 17,673.

One of them was against St George Illawarra in 2004 which drew an exceptional crowd estimated at 21,000.