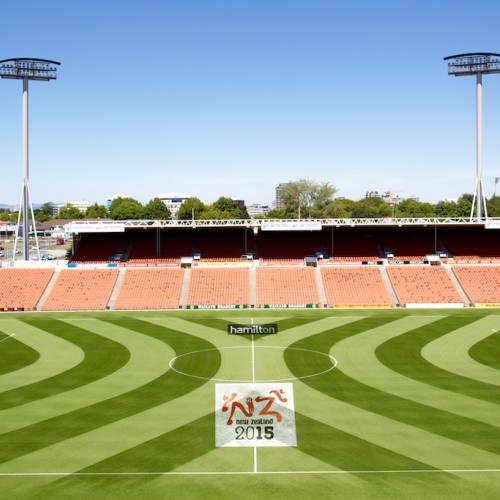 Mayor Julie Hardaker has called on sports fans to fill Hamilton’s stadium for the must-win match.

“To have the New Zealand team in town for this match, and playing at our stadium, is fantastic for the city – it will be an historic match,” Mayor Hardaker says.

“It’s safe to say this is the biggest football match Hamilton has hosted in the last 20 years and with so much at stake for both teams it should be a great atmosphere and an exciting match-up.”

Patsi Davies, chair of the H15 group which partnered with the Council to cover the cost of the city’s involvement in the matches, said it was fitting Hamilton and Waikato welcomed the Junior All Whites after they began their FIFA U-20 World Cup journey with a special event at Turangawaewae.

“History continues for the Waikato businesses, football and sports organisations that worked together as the H15 group and raised funds to contribute to Hamilton’s host city bid. Their collaborative impact was crucial to the presence of the FIFA U-20 World Cup in our region.

“We are honoured to have our home team at our wonderful stadium this week and we invite the region’s Fieldays guests to make history with us this Thursday.”

Waikato-Bay of Plenty Football Chief Executive Mark Christie says the match is an exciting prospect for the region’s football fans and more casual supporters of the world’s most popular sport.

“This is a high-profile match for Hamilton. I’d encourage everyone to grab their tickets, dress in white, cheer loudly for the home team and show our visitors how we support our teams.”

Tickets for the match are priced from $21.90 for adults and $11.90 for children, with family passes (two adults, two children) from $74. They can be purchased from fifa.com/nz2015 or the Hamilton i-SITE, in Garden Place.

The match kicks off at 7.30pm, and spectators are urged to take advantage of free bus services operating from Hood Street to the stadium from 6.30pm or use the walking route from the CBD to the stadium. More information on the bus services available to spectators can be found at http://www.busit.co.nz/en/General/FIFA-buses/