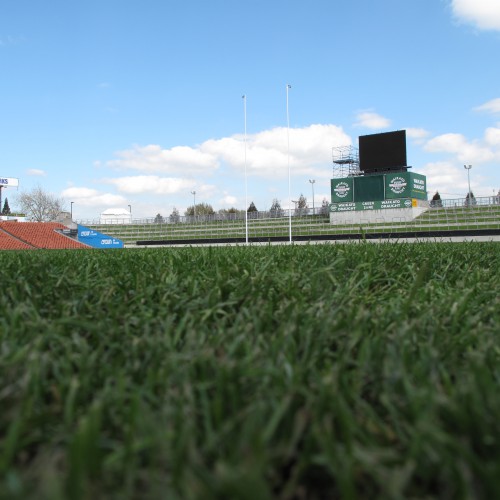 Waikato Rugby Union will host this year’s Northern Region Sevens Tournament at Waikato Stadium on Saturday 14 December with nine spots at the national tournament up for grabs.

The top five men’s teams and top four women’s teams from the Northern Region Tournament will qualify for the National Sevens Tournament, to be held on 11-12 January 2014 at Rotorua International Stadium. The Bay of Plenty men’s team has automatic qualification to the national tournament as the host union.

Eight men’s teams and six women’s teams throughout the Northern Region have entered next weekend’s tournament.

The day will feature 34 games of pool play and finals over both the men’s and women’s divisions, with 23 of the games to be played on Waikato Stadium and the remaining 11 matches to be played across the road at Fraser Tech’s Mill Street ground.

Games get underway at 10.10am with the first of the finals kicking off at 4.30pm.

Waikato Rugby Union tournament organiser Bill Heslop is looking forward to welcoming the top sevens team of the Northern Region to the Waikato.

“We are excited to be hosting this tournament and it is awesome that we are able to use the magnificent facilities of Waikato Stadium for the day,” Heslop said.

“With sevens rugby becoming increasingly popular and more competitive in recent seasons, and the profile of the sport continuing to grow for both men and women, we are hoping for a good turnout and a successful event.”

Entry into Waikato Stadium for the day is free. Spectators will be able to enter the ground through Gate 3 and stadium food and beverages will be on sale.

Draw: Click here for the 2013 Northern Region Sevens Tournament draw. A programme with the men’s and women’s draw and full squad lists will be available on the day.