Waikato to Host All Blacks vs England 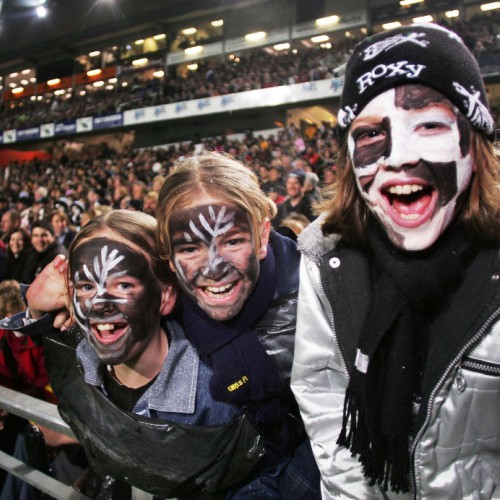 New Zealand Rugby today confirmed the full schedule of six inbound Tests for 2014 which includes an All Blacks versus England Test at Waikato Stadium in June.

The Hamilton match will be the third and final Test of the Steinlager Series, England's first tour to New Zealand since 2008, and is scheduled for Saturday 21 June.

The All Blacks take on England in the opening match of the Steinlager Series at Eden Park on 7 June which is sure to be a nail-biter after the heart-stopping Test during the Air New Zealand European Tour where New Zealand regained the Hillary Shield.

This is followed by Tests in Dunedin and Hamilton while England also plays the Crusaders in a mid-week match at AMI (Addington) Stadium in Christchurch on 17 June.

“We are very excited to be hosting England next year,” said New Zealand Rugby Chief Executive Steve Tew. “England have proven in recent matches with the All Blacks just how tough an opponent they are so we hope this series will be a huge draw card for fans.

The Steinlager Series wraps up in Hamilton on 21 June which could well be the series decider.

“We expect Waikato fans will be there in numbers backing black as they did so well this year for the Argentina match despite the conditions that day,” said Tew.

“The final of Junior World Championship 2014 is also the night before at Eden Park on 20 June so fans in the Auckland and Waikato regions are in for an action packed weekend of top rugby."