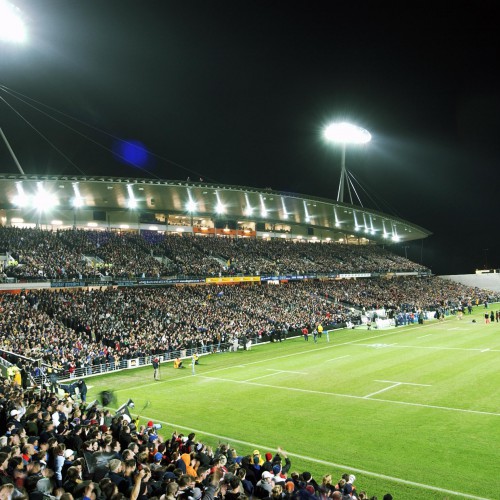 Hamilton rugby fans will get a chance to welcome the Wales rugby team back to the city next year when the Six Nations side plays a match against the Gallagher Chiefs.

The Gallagher Chiefs today announced a match against Wales on Tuesday 14 June 2016, at FMG Stadium Waikato, part of a New Zealand tour by the Rugby World Cup 2015 quarter finalists.

Hamilton Mayor Julie Hardaker says the announcement of the match between the Gallagher Chiefs and Wales is great news for the city and its sports fans.

"We have a strong connection to this team through coach Warren Gatland, who is a Hamilton City Ambassador, and it's wonderful to see him coming back with his high-calibre team," Mayor Hardaker says.

"Hamilton hosted Wales for two matches during Rugby World Cup and we enjoyed having them here. I'm confident a lot of Hamiltonians will be pleased to see them returning and will be keen to attend what should be an excellent match at FMG Stadium Waikato."

Mayor Hardaker says the confirmation of the match is a reflection of the reputation and success of the Hamilton-based Chiefs.

“The Chiefs home is FMG Stadium Waikato and they’ve become an important part of our city. We have a great partnership with them.”

Wales will play a three-Test series against the world champion All Blacks during the 2016 tour.

The kick-off time for the Gallagher Chiefs vs Wales match will be confirmed at a later date.