The carved Whatanoa Gateway at the entrance to FMG Stadium Waikato is the first structure of its kind to be erected in any New Zealand sporting stadium. 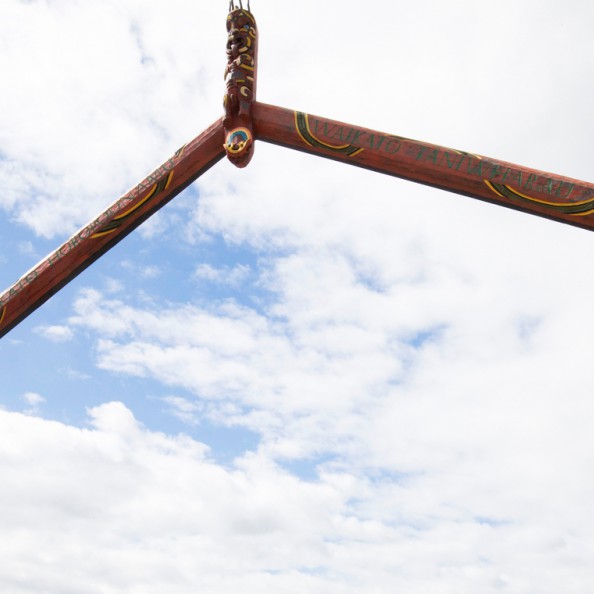 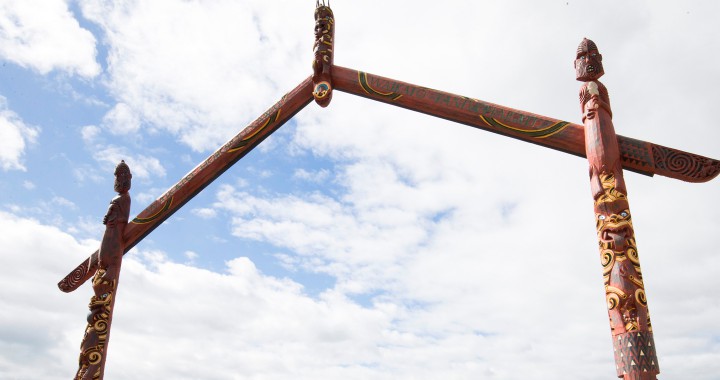 The carved Whatanoa Gateway at the entrance to FMG Stadium Waikato is the first structure of its kind to be erected in any New Zealand sporting stadium.

It is named Whatanoa in commemoration of the ancient Ngati Wairere Pa and burial ground that once existed near the stadium.

In pre-European times a Waharoa or carved entrance, guarded the entrance to the upper, tapu terraces of a fortified pa.  Before going into battle the warriors passed through the Waharoa to show their commitment to defending the mana of the tribe.  Hence, by analogy, by passing under the Whatanoa Gateway, the supporters show their commitment to their team, province and sport.

The carvings on the gateway also commemorate the ancient traditions and landmarks of the Waikato Tainui tribe, and particularly the Ngati Wairere hapu upon whose traditional lands FMG Stadium Waikato is built.

The gateway is painted in colours reminiscent of the traditional ochre colours with which pre-European Maori painted such tapu structures. The gateway design and carving styles follow those seen in the Waikato up to the 1840s.

The Whatanoa Gateway symbolises passion, determination and dedication of ancient Maori warriors and modern day sports players.  The Whatanoa Gateway links the past to the future, and welcomes all to the FMG Stadium Waikato, the city of Hamilton and the Waikato province.

The concept, design of the carvings and colour scheme for the Whatanoa Gateway were the work of Mr Wiremu Puke, Ngati Wairere. The gateway was carved by Mr Darren Lee and painted by Mrs Tui Lee.

The following people and organisations contributed to the production and erection of the Whatanoa Gateway: